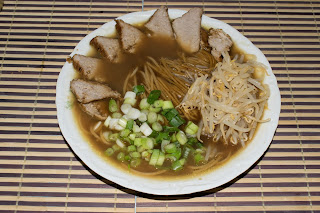 
Revolutionary Love - Byun Hyuk (Choi Si-Won) was very annoying in the beginning, he was grinning and laughing in the most inappropriate moments. He was childish and clueless. Si-Won overdid it with the grimaces. Fortunately films have no smell (yet), otherwise we would’ve watched certain episodes with gas mask. It was frustrating to see how stoic, refrained and rational Kwon Je-Hoon (Gong Myung) was. And again, the heroine - Baek Joon (Kang So-Ra) - was dirt poor but she had as many coats as days (I guess another PPL, along with the shoes and smart watch). I liked it that she was consistent through the whole show. It’s hard to have second lead syndrome when the male lead is Si-Won, but I developed one. I dare to say that Gong Myung stole the show, his acting chops are no joke. And I liked Byun Hyuk’s mother, she had a refreshing good nature.

Chicago Typewriter – This one is good. I enjoyed it from the start to finish. I can’t decide which time I liked the most, the 1930’s or the present. I liked how they alternate them, and gradually revealed the connections. The ghost’s hijinks were really funny. I started to watch it for Yoo Ah-In, but I descovered that Ko Gyung-Pyo and Lim Soo-Jung are also very good at acting. It’s well written and well directed. If you didn’t watched it already, I recommend it.

Queen for Seven Days – It reminded me why do I watch seldom saeguks. I hate conspiracies and those cruel and twisted people from the palace crazy for power. It’s like watching a horror movie in which the action takes place at daytime and the characters have pretty clothes. I don’t have a stress-free boring life to crave such excitement. The first half of the show was fun, until Lee Yeok ascended to the throne. Then the whole thing became gloomy.

Touch Your Heart – I wanted to like this show so much, because I like the leads very much, but I have to admit that it was boring. Without a good script the actors can't make wonders. It wasn't really any conflict, just a pack of very silly coworkers and managers. The show was so sugar glazed that I almost got diabetes from it. Even though Kwon Jung-Rok (Lee Dong-Wook) didn’t have a rival, he caught the noble idiocy virus in the last quarter of the show. We couldn’t do without this drama trope. Dan Moon-Hee (Park Kyung-Hye) and Choi Yoon-Hyuk (Shim Hyung-Tak) attorneys were so ridiculous that I couldn’t laugh at their scenes. Was like watching a Mr. Bean episode. I was envious of Yoo In-Na’s earrings. I want them. All of it. Where can I buy them?

Signal – It was dark but interesting. The radio as the tool to comunicate between times it’s a great idea. The fact that if we correct some wrong made in the past doesn’t make everything right in the prezent and has unexpected consequences, makes me uneasy, but has sense. It started as a crime procedural drama but became much more. Lee Je-Hoon and Kim Hye-Soo had great chemistry, I couldn’t believe my eyes when I googled up and I found out that she’s 14 years older than him. I freezed when the show killed Park Hae Young several episodes before the end, but I had a tiny hope that it will be undone, because it was a precedent. The show had an open end, so I’m waiting for season 2. Let the fight against corruption continue.

Thirty But Seventeen – The little dog stole the show. I appreciate that they managed to sqeeze some reality in the story like when Woo Seo-Ri (Shin Hye-Sun) woke up from the coma, she had to go though some rehabilitation before she could walk and move normally. Jennifer’s character reminded me of The Suspicious Housekeeper, but Choi Ji-Woo didn’t speak as a robot like Ye Ji-Won. I never thought that a housekeeper can have such a wardrobe and work in those outfits. I liked Yoo Chan (Ahn Hyo-Seop), he was so bright and kindhearted, he was the one that brought that “family” together. It’s a feel-good drama. They should’ve hired someone professional for the close ups of playing violin.

My Mister - Tackled some serious questions: what makes us happy, what is happiness, what makes us muster up our courage to step out of our comfort zone, to take a risk and make our life better. The main characters were a bunch of pitiful losers, who struggled through life, but they were relatable. It was a sad show, slow but not boring. I could watch the almost hour and half long episodes without stopping, and wanted more. Some conversations were really ridiculous, like those between the brothers or the lines of the bad actress, but they still spoke volumes (Sang-Hoon's obsession about giving his mother a grand funeral, and Yoo-Ra being very happy that Gi-Hoon failed too as a film director). The show gave me a j-dorama feeling. And IU was outstanding in her role. Well, all the cast was good and spot on. I liked this show. It lingered in my mind for long after I saw it.

Her Private Life – I'm not gonna lie, the visuals are overwhelming. The show is only at it's halfway, but it is my newest crack. The golden lion. Wow. I fell for him. Again. Against my better judgment. Made me a fangirl. The Ryan-Lion pun is cute even as overused. And that face painting as a lion and the car pinned up as a cat... melted me. Reminded me of the fluffy red cat with beautitul green eyes I had. I didn’t like the dressing in drag though. As the show progresses the chemistry between Kim Jae-Wook and Park Min-Young grows, at the beginning they were a little awkward around each other. I love Sung Deok-Mi’s unusual family and I cringed a little when Kim Jae Wook overacted in obsessed fanboy mode around Shi-An. Laica at Dramabeans said in her recap that she hates Eun Gi because he is ”blessed with the dubious talent of mostly being right but always saying it in the most disrespectful, insensitive manner”. Well, I don’t dislike him. He’s inoffensive and mild compared to someone I know, Eun Gi doesn’t make comments with acid irony. My point is: it can be worse. 😀 On a shallow note Kim Jae Wook looks horrible in those large pants. He is too thin for them. And Park Min Young is still short beside him, even if she wears shoes with huge heels. Deok Mi, Ryan and the gallery's former manager, Eom So-Hye (Kim Sun-Young) have wardrobes worthy of a fashion show. Especially Kim Sun-Young, and she rocks those crazy outfits. I hope this turns out to be a great show. (I’ll make my final comments after it ends.) 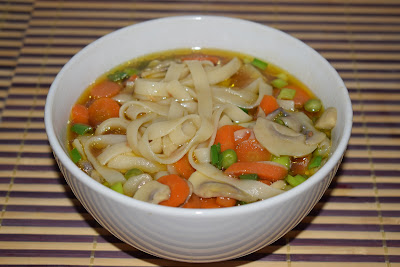 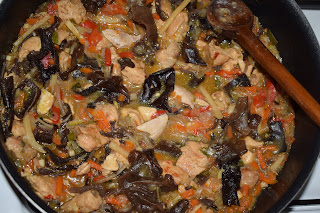 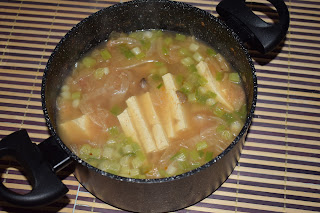 Search In This Blog / Keress a blogban: